It was Josephine’s birthday. Her new husband, Saher, had brought her to Iceland as a surprice, she had always wanted to see the Northern Lights. They had tried to go the night before but sighting conditions were bad and none of the companies were going. They were leaving the country the morning after, this was their last chance and the forecast said 50/50. 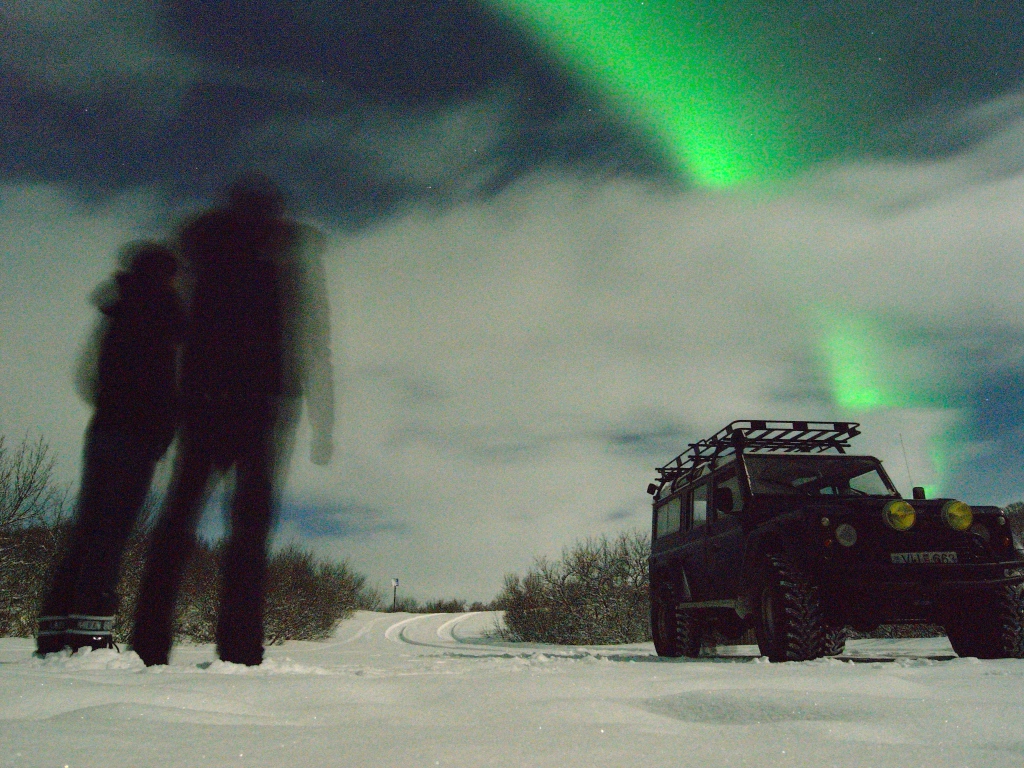 We were optimistic. The sky was completely clouded over but forecasted to clear up during the night. We picked the newly-weds up in our Land Rover and drove off under falling snow. Close to Þingvellir National Park we spotted some lights and stopped by the side of the road, just in case that would be all we would get. The lights were beautiful, but only lasted a minute, so we carried on. Nearly at our destination by Þingvellir lake we stopped again for another short Aurora display.

At our final stop we came to a screeching halt, jumping out of the Land Rover as the Northern Lights were coming out again. As we stood there in awe the first Fireball of the Fireball season lit the sky green right in front of us! It looked just out of reach, like it would touch down on the other side of the water. To be scientific, it was a small space rock burning up as it entered Earth’s atmosphere. The green glow, clearly visible in the trail of this Fireball, indicates the presence of burning copper. 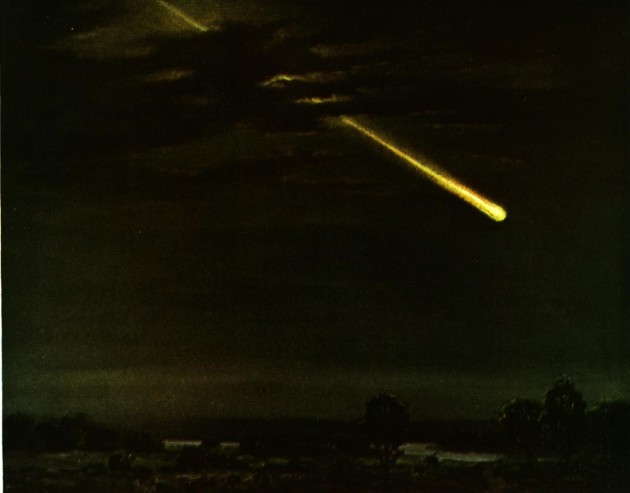 We enjoyed the frozen silence and solitude by the lake for a good hour, observing Jupiter’s storm and the Moon’s rugged landscape while the Aurora sang Happy Birthday to Josephine. As the sky clouded over again we packed up and leisurely drove back into the city with a very happy couple who had accomplished their mission; to see the Northern Lights on Josephine’s birthday. 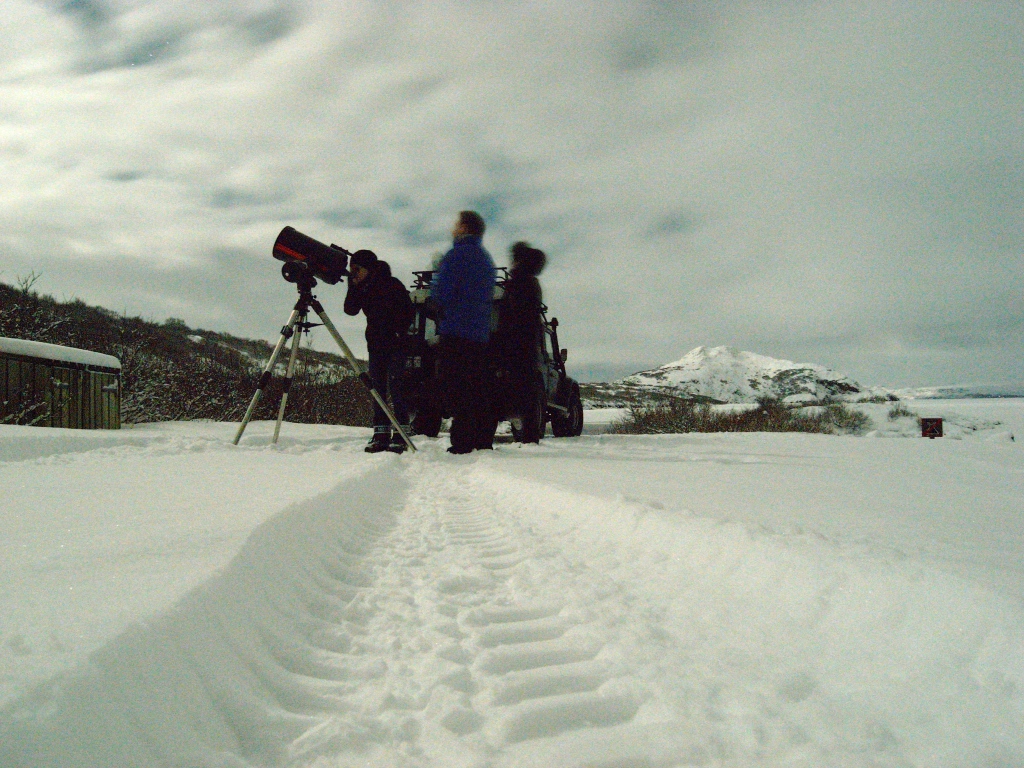