On tonights tour, while patiently waiting for the Northern Lights, we spent our time observing some 30 or more astronomical objects.

Among them Jupiter and it’s moons, visible late evenings in December. Jupiter is the brightest object in the sky and spectacular to view in a powerful telescope. Jupiter’s red storm was easily visible tonight. With it’s band of red, white and blue Jupiter looked a bit like the Pepsi logo to us 😉 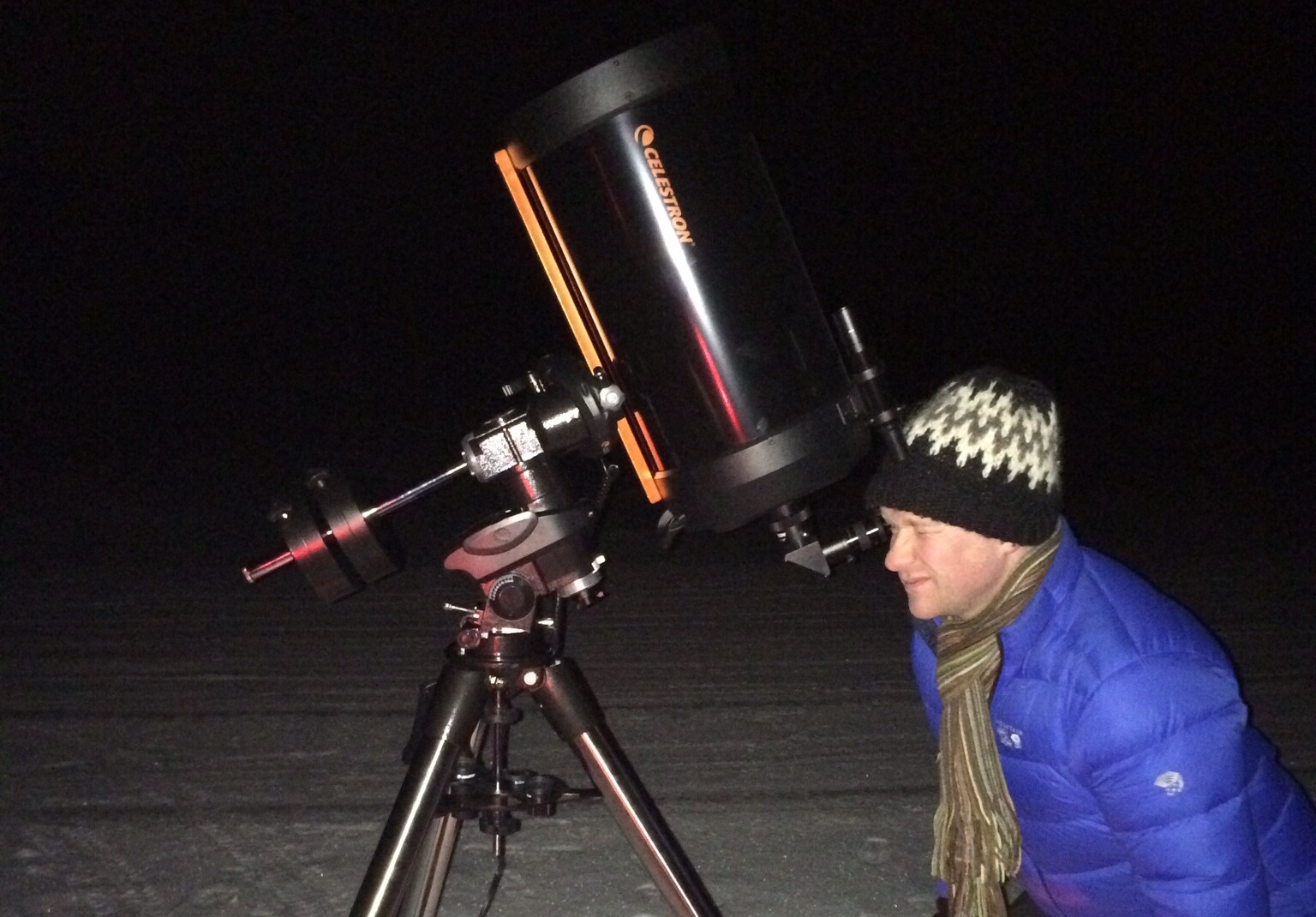 We also saw deep space phenomena Pleiades (The Seven Sisters) as well as the spectacular Orion Nebula. What an unforgettable spectacle, well worth a night out just for that.

BUT… after all this night-sky eye candy we also got to witness the luminous spectacle of bright green dancing shapes and forms, overhead and all around, for about an hour. Total bliss! 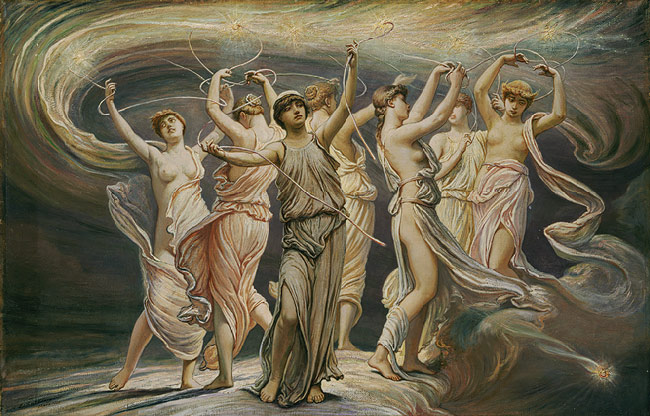 The Pleiades (Ancient Greek Mythology) were the seven daughters of the titan Atlas and the sea-nymph Pleione born on Mount Cyllene. They are the sisters of Calypso, Hyas, the Hyades, and the Hesperides.

The Pleiades were nymphs in the train of Artemis, and together with the seven Hyades were called the Atlantides, Dodonides, or Nysiades, nursemaids and teachers to the infant Bacchus. After Atlas was forced to carry the heavens on his shoulders, Orion began to pursue all of the Pleiades, and Zeus transformed them first into doves, and then into stars to comfort their father. The constellation of Orion is said to still pursue them across the night sky.